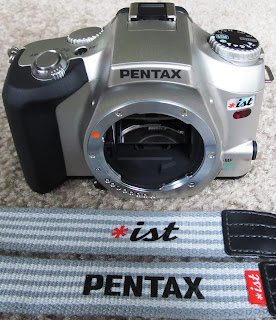 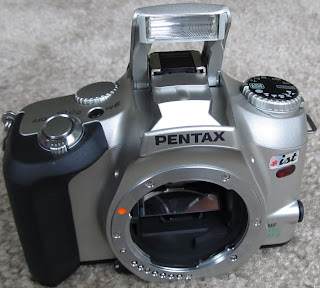 I set up a project for myself to compare the latest 35 mm film slr cameras from various manufactures including Canon T2, Minolta Maxxum 70, Nikon N75 and Pentax *ist. *ist is the last one from Pentax in the group of customer level. It is claimed that *ist is also the smallest slr body using 35 mm film. Furthermore, it’s relatively rare and often overpriced, I believe, in the used market of because the body becomes a collector’s item. I doubt if many as new (MSRP USD 467) were sold at the take-off of digital cameras. The body alone is listed between USD 189 -199 plus 8 shipping at keh.com. I also saw one kit with Pentax FA-J 28 – 80 zoom at USD 179 excluding shipping on B&H website, and was gone quickly. On ebay, *ist is easy to be bid above 80. I had been hunting it for several months and finally found one listed there from N. Walsham, on May 5, 2011. I used ‘buy it now’ button to purchase it, and waited one week to receive it (traveled 7k km of straight-line distance as I measured on the Google Earth) via the Royal Air Mail on May 12 (a date I can’t forget). Guess how much it cost me? 四十英镑和六英镑寄费，共付七十七点九九美元。Expensive? (May 26, 2012, saw a used kit of *ist, BG-20 battery grip and FA J 28 - 80mm Zoom on ebay, with an ending bid of USD 179.01. For collection, it's OK, but for film shooting, there are many good bodies at more fair prices) 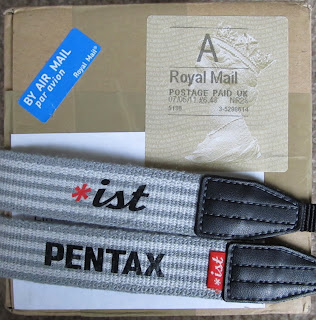 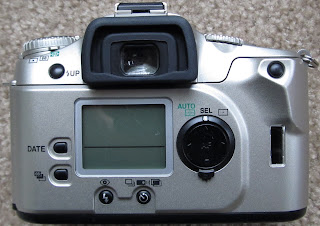 Ok, let talk about the Starist itself. I would say that the unique feature on the Starist is neither the smallest body nor the big LCD on its back, in stead, should be the film chamber. When I hold the camera to shoot, the film cartridge installed is actually in my right hand. I believe, when Pentax designed the body, they did their best to minimize its size. What they could do was to shrink any body parts, but not the standard cartridge and CR2 batteries. They put these two side by side to form the body grip. Smart! 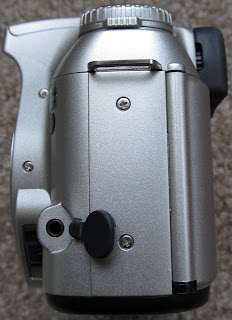 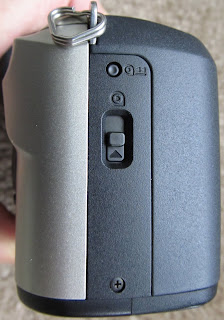 Other features either you like or not are: 30 – 1/4000 s (personally, I rarely use a speed faster than 1/250) and bulb; 1/125 s sync speed; auto pop-up/CLOSE-DOWN (yes, auto close down) of flash (auto up is in many camera bodies, tell me which another slr model can retract its flash itself?. Later, I found the earlier Canon EOS 750 and 10s have the auto up/down flashes); ~2.5 frames/sec; preview (for both active focus point and DOF) gear on the main switch; no infrared film; 16-segment, spot and central–weighted metering modes; 11 focus selectable points; AF.S; AF.C and MF focus modes; multiple exposures; mid-roll rewinding; manual film speed override; 10 picture modes (cool is the auto pic mode in which the auto selected mode e.g. Portrait will light up on the mode dial); AE and focus locks; audible signal on/off; inappropriate lens warning on LCD; 17 custom functions (including enabling shutter release with the lens aperture ring set to non-A position); standard date/time imprinting; un-durable plastic tripod socket; optional remote with 3 sec delay and AA battery grip (BG-20). Ok. 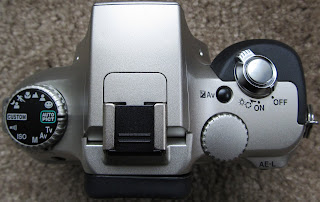 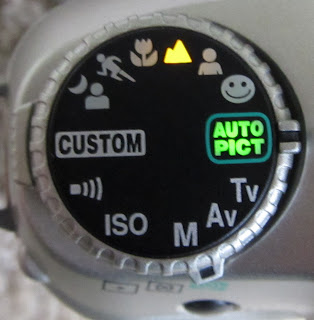 Most *ists come with a FA J 28 - 80 mm zoom from the factory. This zoom without a aperture ring is a simplified version of FA 28 - 80 mm. The inappropriate lens warning may work just for those ‘wrong’ lens listed in the body manual. I tested a Pentax DA L 18-55 mm zoom, which is for Pentax digital slr. At < 24 mm focus length, it will causes dark corners on film in Starist. But no warning showed up. As I read online and tested my own Starist, some of them may have problem or difficulty in turning the select dial clockwise. Yes, on my Starist, anti-clockwise turning is more smooth and easier. I also emailed Pentax in , they do not admit this is a manufacture or design issue. They can fix it for you as you pay. Bad! 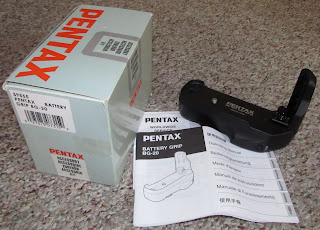 If you like to see the equivalent cameras from other manufactures, visit my blog page comparing them.
Posted by The Chens at 6:15 PM