The User's Review: Better Prices For 35mm Color Film and Developing/Printing at York (Mail-In Service) in 2012

I am looking for a place to develop films since Sam's Club and Walmart terminated  their service last year. Today, I find York offers the service at better prices. I post their prices below and free mailer is available from them. Let me know if you know any good price for film developing. Thanks.

In an original manual online, there is a meter switch on the plastic plate and near the associate shoe on the camera top. However, on my copy, such switch is not there. I was wondering how to turn off the meter if not used. By testing my Racer, the meter turns off automatically in ~ 35 sec. after a shutter release. Once the film is advanced, the meter is on.

The 1.35 v cell battery is on the market nowadays. I put in a  1.5 v battery and foud that the in-camera meter settings matched those on my Vivitar 30 handhold meter.

Racer is lighter, compared to other cameras manufactured in 1960s. Its body and lens barrels and rings are made of alumina, not steel. Therefore, not resistant to scratch and dent. 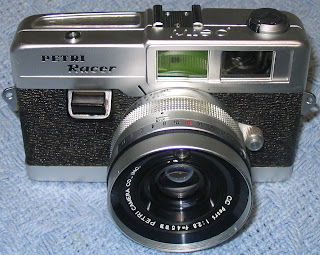 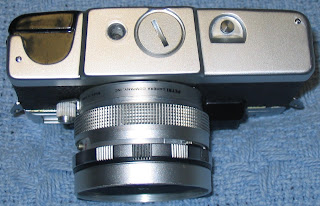 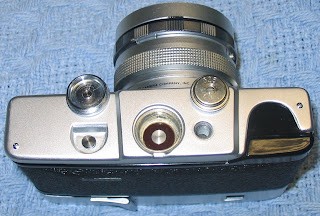 So far, I have seen three versions of Petri Racer. The Racer shown in the following image has at least five differences from the one in above images. One difference is on the top plastic plate showing how to use the meter. Two differences can be found in the front face in the image below, and the rest two are on the lens. 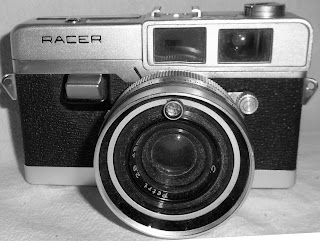 The version of Rick's Racer on his page is between the two presented here.
Posted by The Chens at 8:36 PM 2 comments: 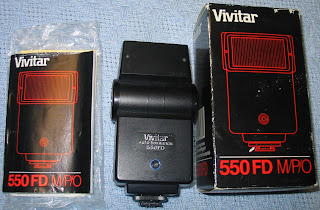 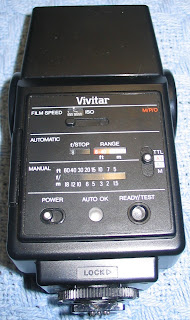 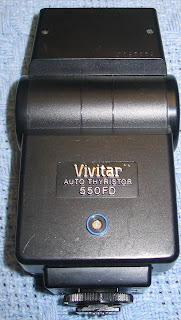 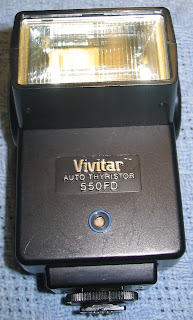 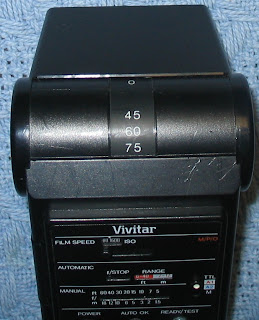 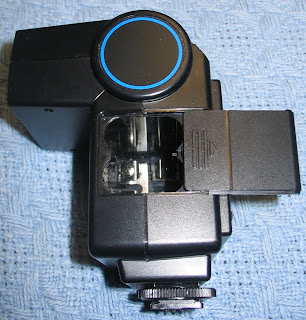 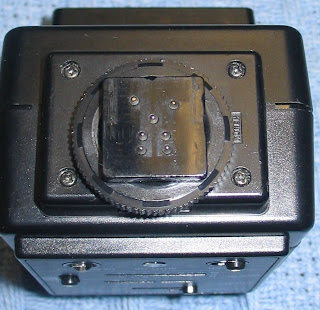 Pentax made two versions of FA 28-80mm 3.5-5.6 zooms. The AL version is an earlier one. I have the two versions and put them side-by-side to compare. 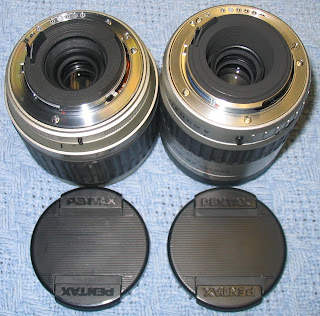 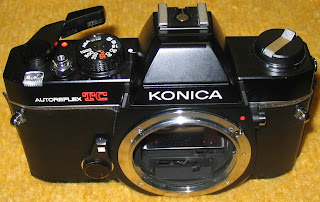 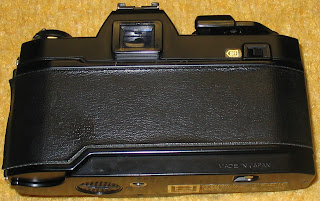 I happened to have the two prime lenses in hands. Put them side by side and also installed them on a Pentax DSLR to try. Here are what I found:

Similarities:
1. the same design and specifications
2. both with a Pentax K mount
3. the scale marks on the barrels
4. the two lenses, in my eyes, were not much different in the images shot indoor at f1.7, 6 and 22.

Differences:
1. brand names on the ring around the front glass
2. the rubber surface patterns on the focus rings
3. the coated colors on the front glass: more blue/green on the Vivitar vs. more brown/pink on the Promaster
4. more brown color on the rear glass of Promaster 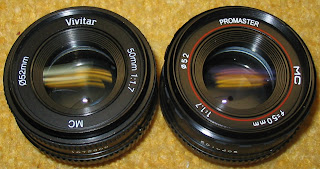 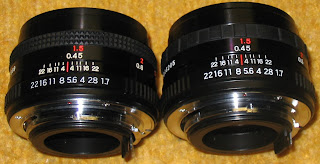 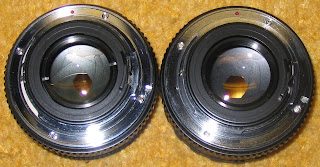 I also compared three f1.7 k-mount lenses from Pentax, Promaster and Vivitar in my another post.
Posted by The Chens at 1:55 PM No comments: