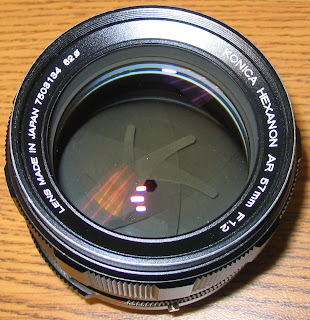 Some users believe that this is the best f1.2 lens every made. This lens was made to be used on the Konica AR mount SLR cameras. However, none of the Koinca AR SLR bodies, from Auto-reflex to T3N, display the 1.2 aperture size in their viewfinder. 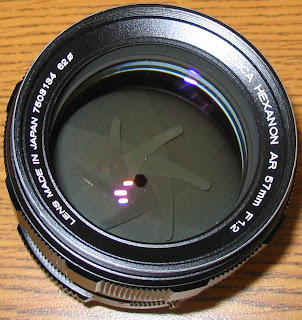 The lens is great, but not perfect. The yellowish color in the glass elements, especially in the earlier versions of this lens, is bothering the color film shooters. This is caused by the materials used to make the glass. With aging, the yellow color showed up. But using the auto color balance in a digital camera, this issue is not a problem any more. In the late version of the lens, the rubber surface layer on the focusing ring may peel off. Therefore, I prefer the older versions with an all-metal focusing ring. 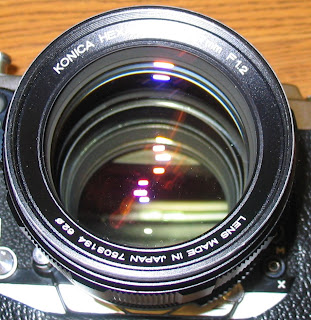 This wonderful lens can be bridged to many DSLR or mirrorless digital bodies via a matched adapter. Given no new supply in the market, the price for the used ones is increasing over the past years. 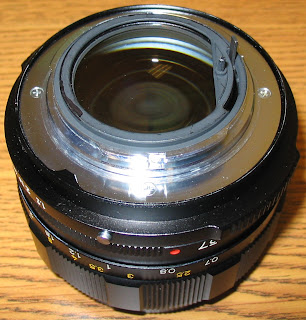 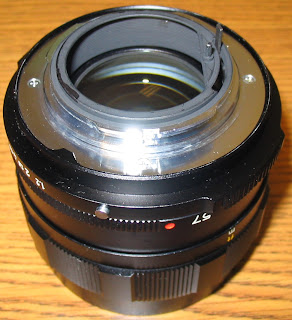 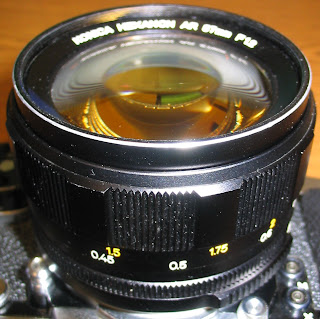 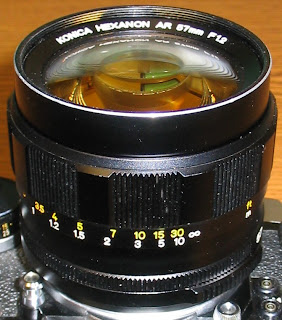 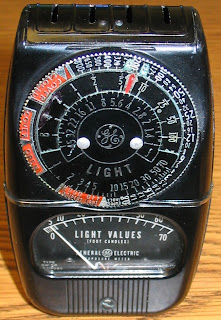 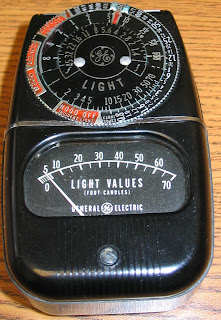 Made in USA, for film or plates, with the Exposure Index (the American Standard Speed Number), this light meter has a aluminum shell and a click-on hood that owns a front cover with light windows. 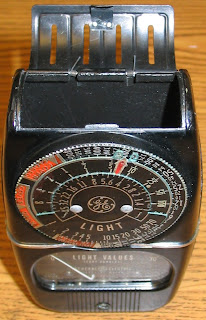 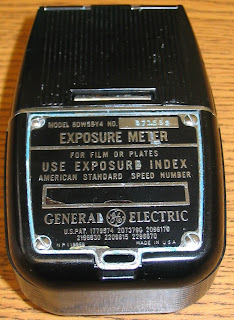 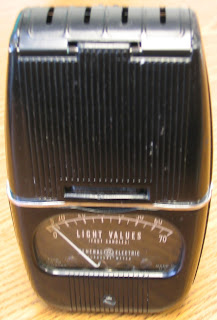 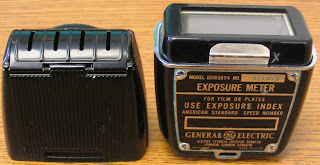 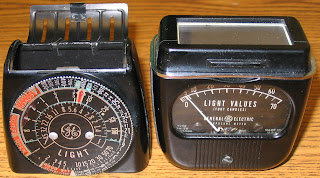 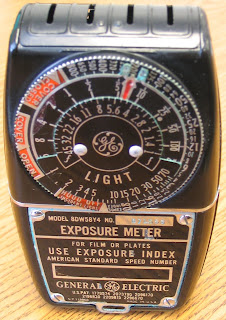 As an owner, do I like to use it? No, because it was dead when I got it in a kit of 35 mm film camera. However, I know that there are several types of GE hoods with different index systems, which can pair up with this meter.
Posted by The Chens at 8:28 AM No comments:

Compact, light-weight and uncommon, initially, it was not my target lens to get. However, once it got into my hand , I like it. 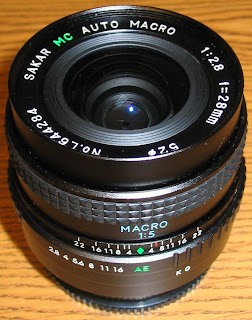 With a distance scale in both ft and m, this lens has a Macro that can go up to 1:5. For Konica cameras, I have not seen any other 28 mm wide-angle prime lens with a macro. Made in Japan as marked on the  barrel, the build quality is good although I do not know the lens' manufacture. The aperture gears are between 2.8 and 16, plus an AE, but without an AE lock. Interestingly, the DOF scale has the marks for f22 although there is no f22 setting on the aperture ring. The front piece moves along the lens axle back and forth, but not turns. 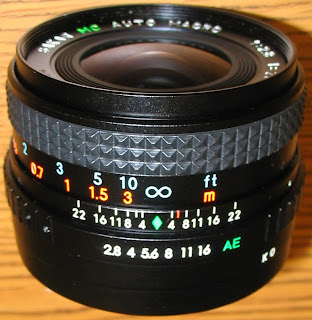 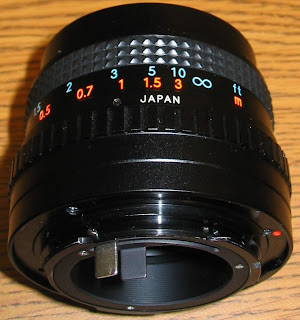 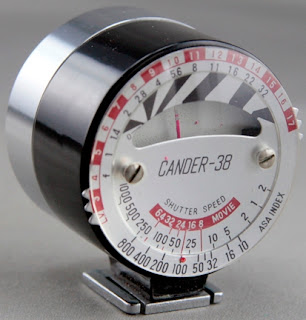 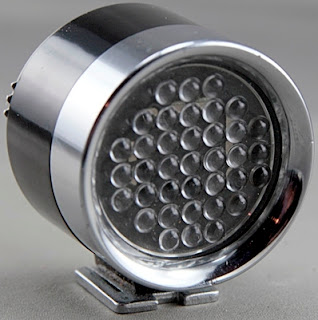 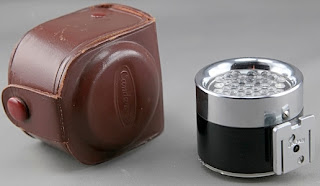 Cander 38 has its index panel on its back, good to read for a camera body with a eye-level finder or with a side-mount shoe. The meter is easy to use. Say, you use ASA 100 film. For speed priority, match ASA 100 on the turning wheel to the shutter speed you want to shoot, let say 1/30 s in the first image, then set the aperture according to the needle, it's 8 in the image. For apertuer priority, fist match the f value on the turning wheel you want to use to the needle, then find the speed oppose to ASA 100. 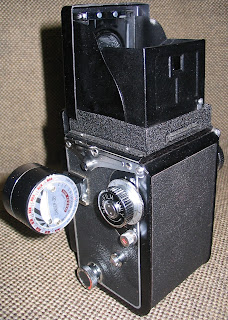 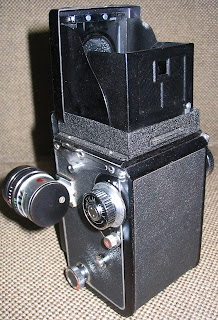 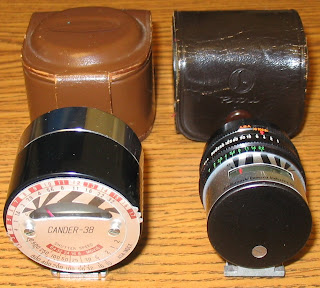 The Cander 38 reminds me that Petri also has a meter in the similar shape. The zero-adjustment screw on Cander 38 is located under the foot (in its center) while, on the Petri meter, the screw is on the back.