The User’s Review: How many versions of Kyocera/Yashica Samurai X3.0 released since 1987 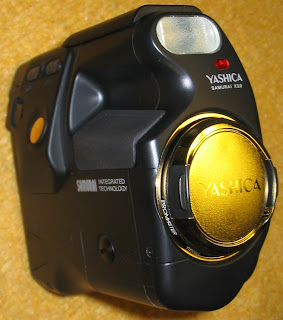 Yashica was one of the most active manufactures in production of 35mm half-frame cameras. Among its half-frame models, Samurai X3.0 is Yashica’s first with autofocus. As I understand, X3.0 indicates the zoom range (25 – 75mm, 25 X 3 = 75). Inside X3.0, film runs vertically, making the SLR body like a video camera. However, the vertical transportation of film was not new to Yashica, which had a Sequelle (1962) with a similar system.

The author, 冼镜光, wrote a wonderful blog article on Samurai  in Chinese language at www.blog.dcview.com. This review talked about the functions of all four models of Samurai. By following the Samurai X3.0 online, I found that there were also many versions of X3.0 out there. As I learned, X3.0 was first sold as Kyocera Samurai X3.0, which had at least three color versions of main switch, zoom buttons and lens ring in either black, red or green. Soon later, Yashica Samurai X3.0 took the place of the Kyocera. Yashica Samurai X3.0 also has the color versions, but they are different from the Kyocera ones by having a flash mount on the top.  Some Yashica Samurai X3.0 missed the flash mount plate on the top. However, the four screw holes should still be seen there. To me, the attached flash capability should not be in the original design because, with the extra flash installed and the in-body flash blacked by the plate, the in-body flash still fires when using the external flash.

There are also three versions of battery cover for X3.0, making the camera look different. Most importantly, an unique version, specially assembled for me, equipts a hand strap with a pad on the battery cover. Yes, this version of battery cover was manufactured by Yashica, but for Samurai X4.0. I find that its cover with hand strap fits onto my X3.0 and is more comfortable to hold the camera.

As both Camerapedia and Subclub mentioned, there were both left and right hand versions available. I see only the right hand ones. If you happen to own a left hand version, please confirm me. BTW, the X3.0 manual says that two hands are needed to hold and operate the camera. If the zoom button were moved to the finger pad by the lens, one-hand operation/hold was possible. Moreover, a clear version was also made for demo, Subclub also says.

Finally, what I want to mention is the so-called golden model of ‘Grand Prix 88 ’. Actually, it IS the Yashica Samurai X3.0, and is a special version with the golden buttons and ring, produced after the model won the 5th Camera Grand Prix in 1988 (http://www.cjpc.jp/past_gpxE-01.html.  Now called the Camera of The Year since 2008).

I also saw a transparent version of Samurai X3.0 online. 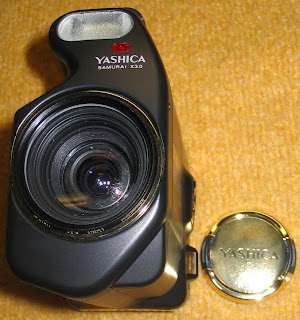 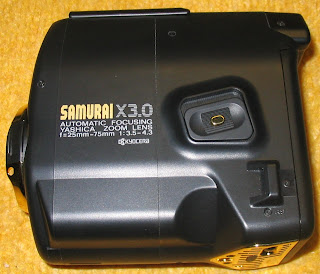 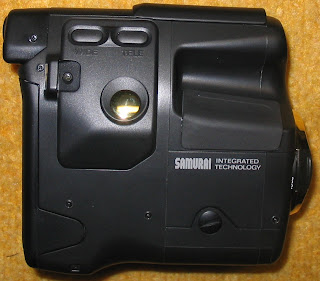 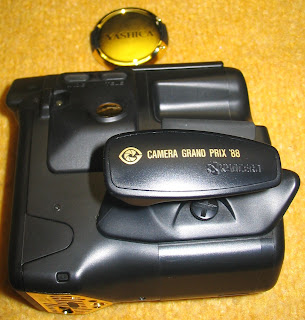 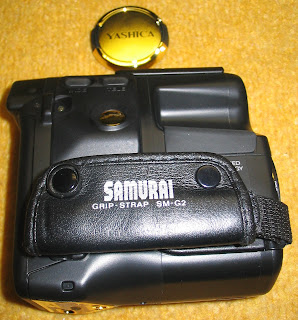 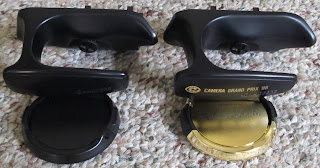 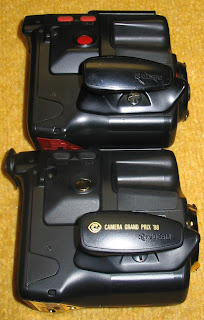 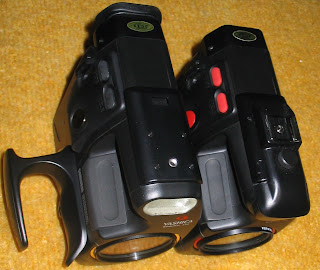 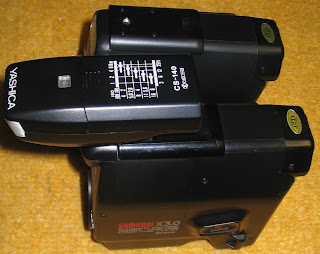 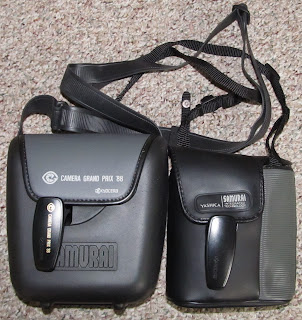 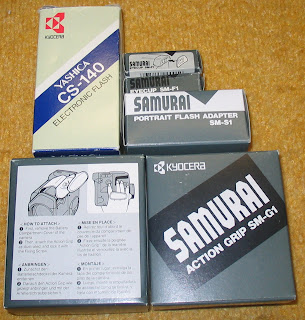