It’s one of Canon Sure Short point-and-shoot 35mm film camera with a unique shape.

Photura 135 Caption features:
1. A unique shape for single right-hand operation.
2. Wider focus range 38-135. I believe, that’s why 135 is its model name. Its elder brother, Photura released in 1990, has a focus range 38-105mm.
3. Pre-focus function in the real-time mode (RT) with only 0.018 second of shutter lag
4. Fixed framing zoom mode by pressing a button.
5. Two viewfinders, one on its back and the other on top
6. The built-in lens cap attached to the camera body also works as a power switch, and has a flash on the cap internal side. The flash diffuser is attached to the zoom barrel. When zooming, the diffuser will move with the lens barrel and change the space to the flash for better effect of flashing. When closing the cap, the lens will retract into the camera body automatically no matter where the zoom position is, and then, you can fully close the cap to power off the camera.
7. Date and caption imprinting. See the caption options in one of the following images.
8. A remote control of shutter release. No such function on the original model Photura
9. Bottom-loaded battery and film cartridge.

The issues I find with Photura 135 are:
1. The viewfinder windows are small.
2. The aging hand-grip surface, which is rubbed, is sticky. 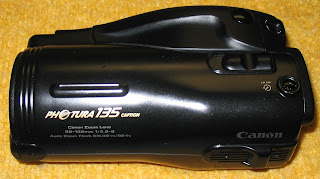 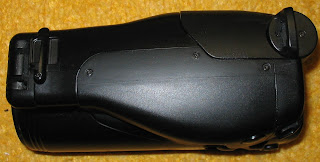 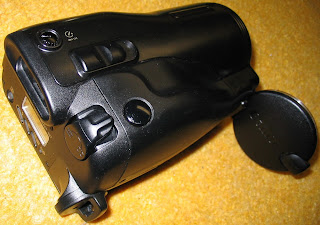 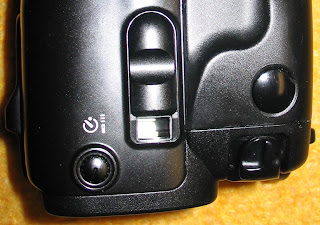 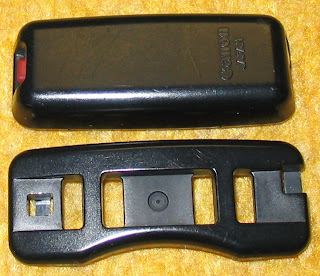 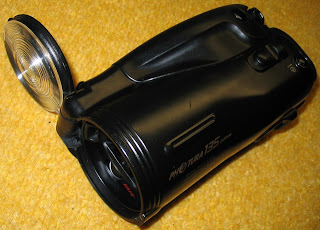 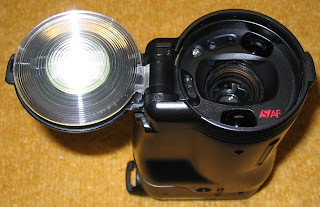 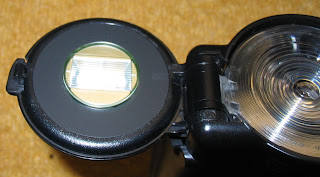 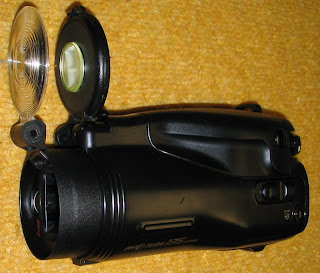 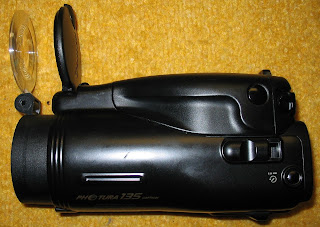 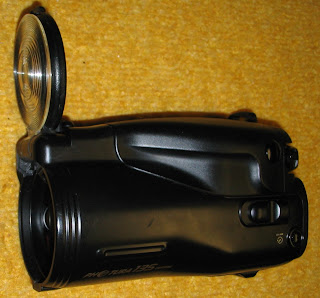 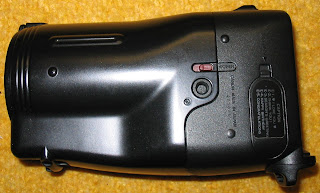 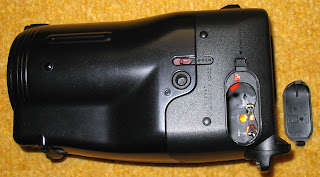 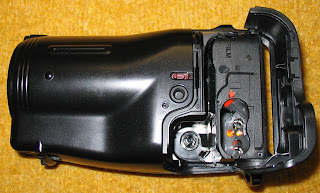 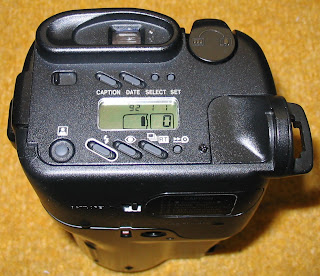 Versions:
Photura 135 caption probably is the version with English caption. Those with captions in French may be called Ecopa 135 Caption, and those with Japanese caption should have the name of Jet 135 Caption. Photura 135 caption also has an earlier version without the caption and remote control. In this earlier version, the self-timer button is on the back, between the viewfinder and LCD. See the differences between the first image and the one below. 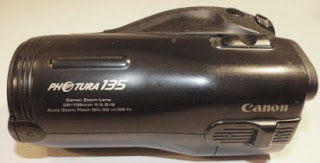 My Photura 135 Caption came with a manual for Photura 135 and a separate sheet describing the self-timer, remote and date/caption imprinting. Both the manual and sheet are in three Lagranges, English, French and Spanish. 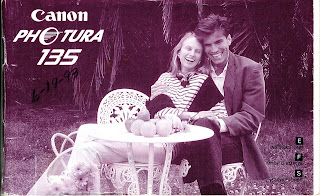 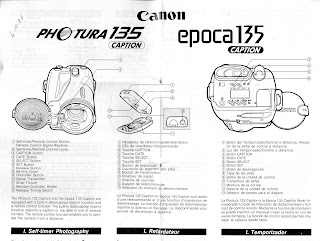 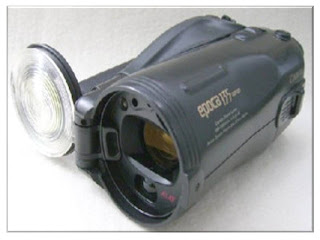 Photura 135 is probably a camera that you either like or hate. 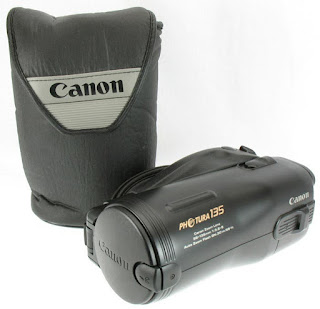 Want to know more about its elder brother, Photura? Please visit my  page on Photura