In the mid 1980s, my dad bought me a Yashica FX-3 from Hong Kong. That was my first SRL with a TTL meter. In December of 2011, I saw a Vivitar V3000s with a 50mm lens at USD 20 with free shipping on ebay. At first, I was interested only in the lens since it's of k mount. After the camera got into my hands, I find that this Vivitar model is a copy of Yashica FX-3 Super 2000, but with a k mount and an extra flash socket in the front.  The Vivitar 50mm 1:1.7 lens on the camera was made by Cosina as Wikipedia states. The lens has not 'A' setting on its aperture ring. Does it matter? Well, if you want to use the lens with a Pentax DSLR, an extra step is needed to set up the DSLR.

My V3000s is all black with a shutter speed range from B to 1/2000 s, as same as FX-3 Super 2000 (in both all black and silver/black versions).  The build quality of V3000s is acceptable except the camera bottom plate. It's a piece of plastic, too thin without solid feeling. The tripod socket, which is changeable, is also plastic on V3000s. The other issue I find with an ageing V3000s is that its skins tend to peel off at edge. 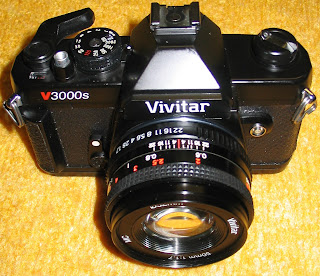 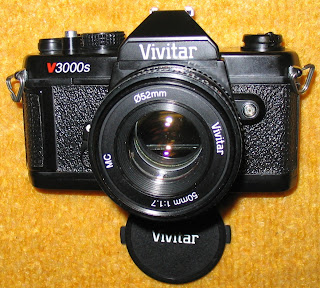 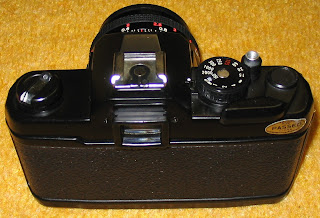 Vivitar later updated V3000s to V3800n with ME and DOF preview. Did Vivitar manufacture another copy of Yashica? Yes or no? Check Vivitar V3000 (silver and black body) and Yashica FX-7 Super to find out yourself.

How about this Kalimar K-90? A copy of FX-3 Super with Pentax K mount? 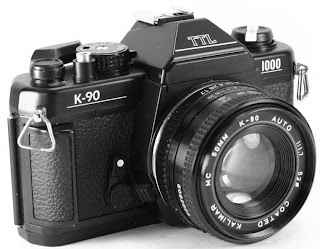