Have  you heard of a LEC in photography? I know you will say no because LEC is a new word I created. A LEC is a multiple-function device of Lens, Extension tube and Converter.

At the mid-night of 12/18/2011, I found the LEC with a Ricoh body sold on ebay. The saller, Kevin J., described it as 'an unusual item that I have never seen before'.  Bought it and received today right after the Christmas of 2011. It's a four-piece device in a black container, made by Cherry in Japan. Guess that it was made during 1970s -1980s (?) since it is made of metal and no single piece of plastic. The four pieces are: a body tube, 2 lens cores (35mm lens and 2x converter) and a front cover. 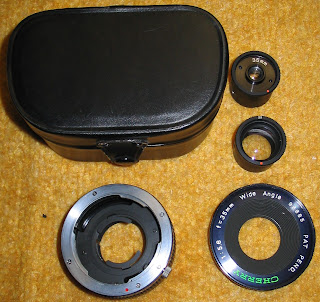 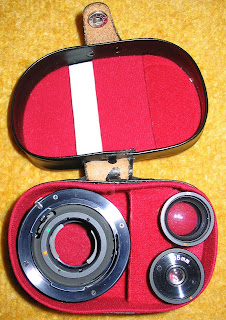 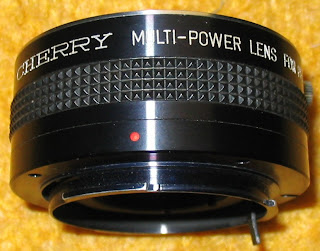 To work as a lens, assemble the 35mm lens core and front cover onto the tube from both end. Cherry calls it as a wide angle f = 35mm, 1:5.6. Remember that there is no focusing and only one f-stop of 5.6. 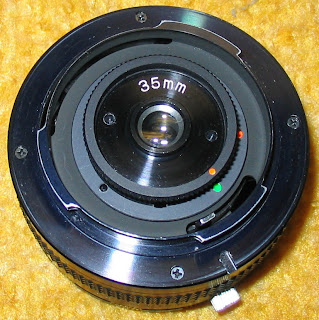 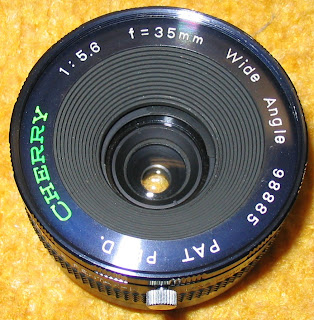 To work as a extension tube, simply use the tube only without any others. It should be an 'auto' extension because the aperture blades are kept open except when shooting. 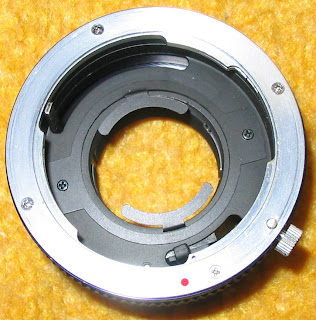 To work as a lens converter, take off the front cover and put in the 2x lens core. 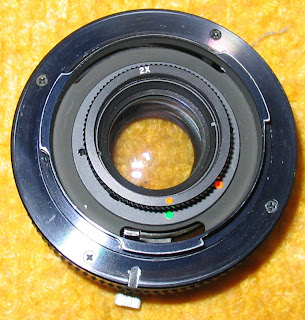 It's a interesting device, my LEC. And later, I found that this kit was also made for different lens mounts and rebranded for Kitstar and Itorex. 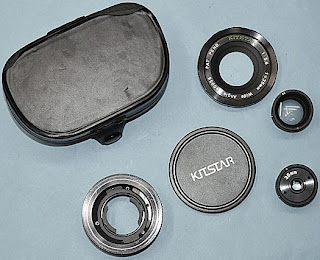