Looking identical to Nikon N2000/F301 (released in 1985), Nikon N2020, released in 1986, is revolutionarily different from all previous Nikons by an AF driving motor installed in the body, which has a CCD ‘eye’ for AF through TTL "passive" phase-detection. This AF approach is more precise than the commonly-used active method. 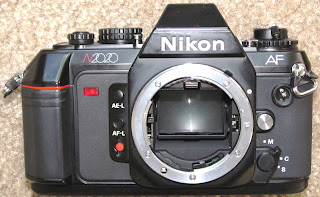 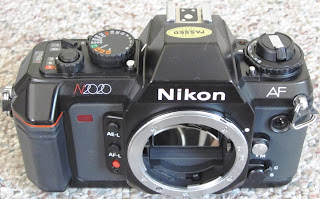 With automatic film loading and advance, N2020 can shoot as faster as 2.5 FPS. However, the user has to use your hands to rewind the film and to set the film speed. With a conventional wheel of film speed, film speed can be set automatically (turn the wheel to the DX mark under the window) if there is a DX CAS code on your film cartridge, or set manually by turning the ISO wheel to match the speed number. 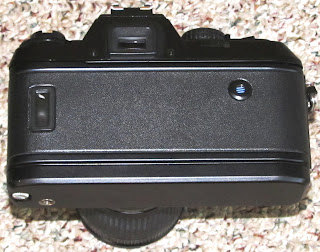 N2020, well built, is in black color with a horizontal RED line in the grip. N2020 is powered by four AAA batteries installed on a rack or four AA batteries directly installed in the battery bottom chamber with an optional bottom cover. N2020 feels more solid than the later models such as N4004, N4004s and N5005 although the AF in them, especially in N5005, is faster. 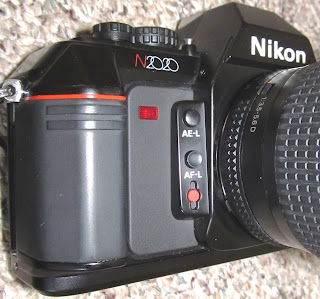 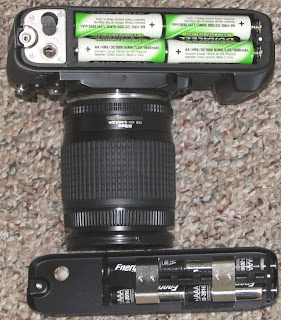 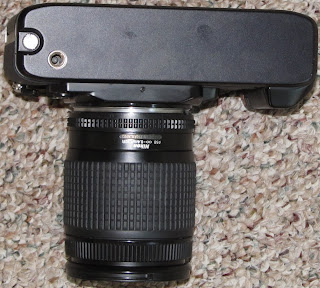 Visit my review on the Multi Bata Back MF-19 if you are interested.
Posted by The Chens at 10:32 AM