I do not think that Pentax have ever made such very useful device for both macro and tele shooting and for both Pentax KA and Ricoh P mounts. Among the 7 pins on its mounts, 6 in one group are for KA mount and the separate one (also safe to use on Pentax AF mount) is for Ricoh P mount. A smart design! Thanks to the old Vivitar (not today's Vivitar that owns the brand, but didn't manufacture this old and wonderful adapter). 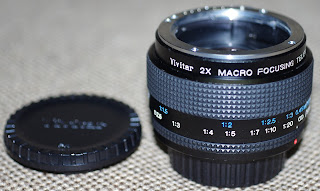 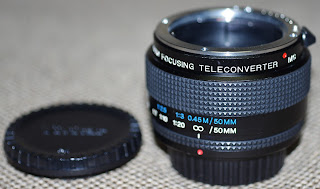 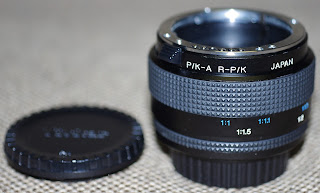 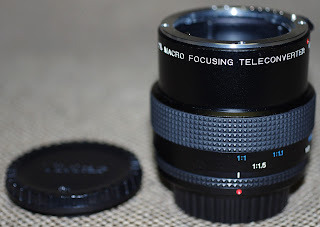 The 7 pins on both front and rear mounts are linked with 7 springs inside. However, they are easy to fall off from the anchors close to the rear mount. This happened in my copy.  By opening the mount, I re-installed them, following the instructions at pentaxforums.com. I also posted its user's manual/instructions in one of my previous blog pages. 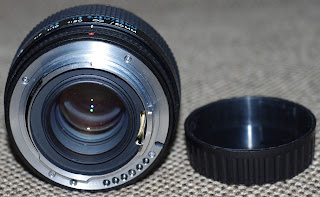 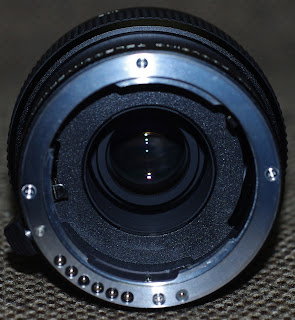 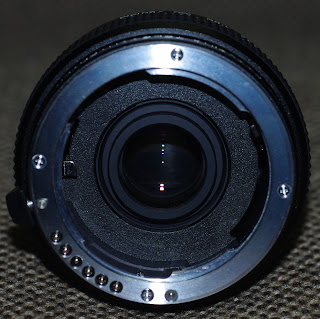 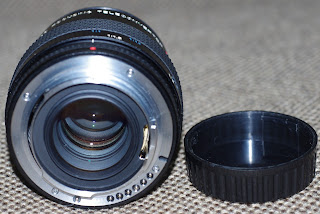 Its internal/front barrel extends, but does not turn. Its rear glass element does not move.

It is bigger and heavier than other regular 2X teleconverters. 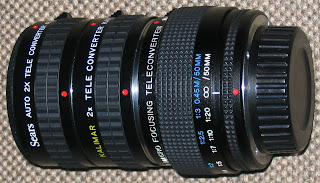 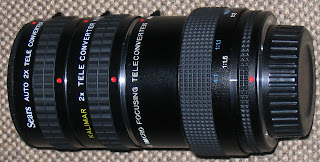 The major concern of its users is the quality of its images. Used as a 2X TC, it was mounted between my Pentax K-x body and SMC Pentax-A Macro 1:2.8 50mm lens, and compared with Kalimar and Sears 2X KA TCs. The following settings were used: the minimum distance on lens, f2.8, 1/180 sec, ASA 400, on-camera flash, room light, and hand holding. I think, the images with Vivitar 2X macro focusing TC are the best. 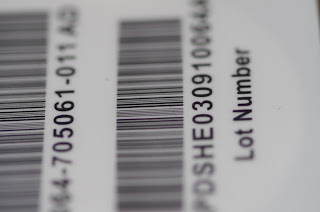 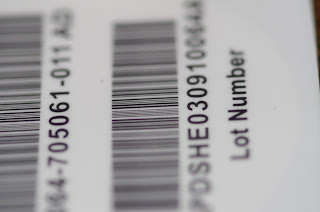 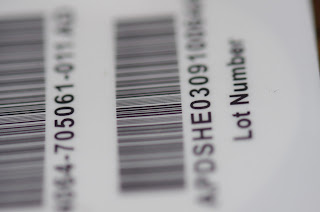 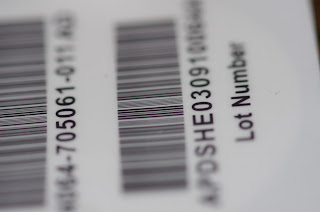 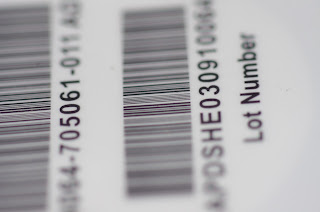 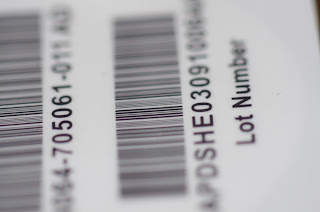 Vivitar also produced a PK version (without the pin contacts), but the P/K-A R-P/K version is easier to use on Pentax DSLR and more expensive in the second-hand market.

As I noticed later, there is a various color version with macro ratios marked in green, not blue and white as in my images above. 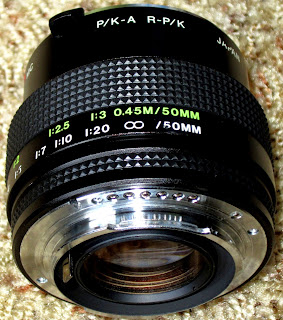 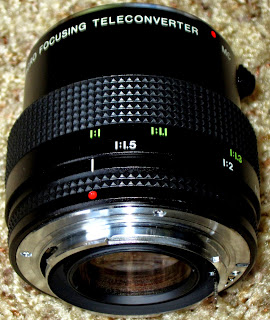