Introduction
Thanks to Canon for not giving at Thanksgiving of 2010, I brought a brand new SX130 at their right price later. Here is my experience with Canon USA webshop: Found a good deal on a DSLR camera and placed my order thant morning; Checked the order online in the afternoon of 11/29, and found cancelled by Canon. Called Canon and was told it was because of 'a typerror' on the deal price, $150 less than the right one. And promised me a 2nd-day free shipping for the order at the ‘right price’. I told them this was not acceptable, and I was told to get a call from the VP Office of Canon USA within 48 hrs; Later that afternoon, got an email on the cancelled order from Canon; Received the second call from Canon, telling me that no one would get the order at the ‘wrong price’ (why was I told this?) and offering me free shipping on accessories, which I refused again because I just want what I need; On 12/16, Canon sent an email to its customers, saying that they would honor the original order at the ‘wrong price’ or offer other options (they did not tell what the options were in the email); Called Canon on 12/17 and was told that one of options was $150 discount plus 2nd-day free shipping if I went to other items. My final words on this issue are 'Canon knows how' to treat its costumers later.

Since I had brought a DSLR for the holidays, I decided to get a SX130 with the $150 discount (Fig. 1). Should be the lowest price one can get. 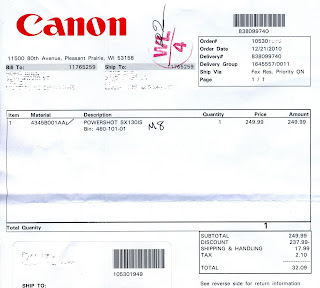 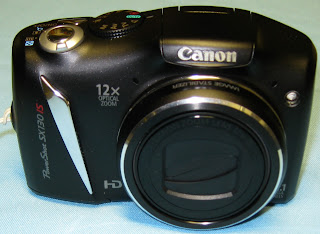 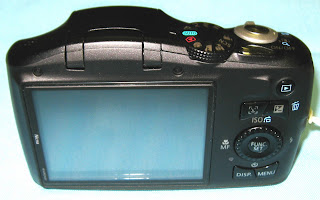 Fig. 2. SX130 Front, with fully-extented zoom, and back with a glass LCD protector

Cons: Loss of video focusing in low light, annoying video focus searching in some cases (to solve this issue, I set on a fixed focus),  longer shutter lag (not good for shooting kids), missed flash without auto popup, long process time after a shoot using the kid mode (you will miss the next shoot before the camera gets ready), and low quality of lens (Fig. 3). 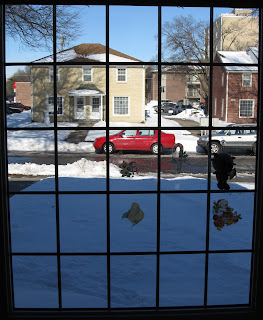 Fig. 3. An image of curved grids on my window. I checked it and found no any problems.

Conclusions
I like this camera, ok to be around and to record family photo and video. Not small enough to put into my pocket, but much smaller than my SLRs.
Posted by The Chens at 8:16 PM