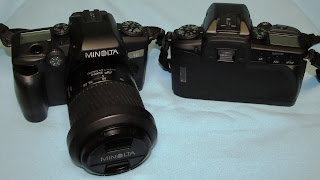 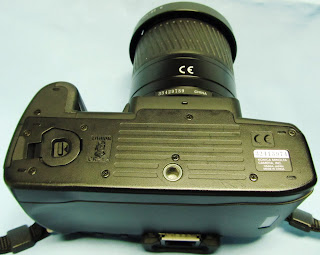 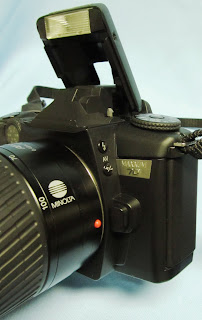 Made in and released in 2004, the all black Maxxum 70 was one of the last two film slr cameras of Konica Minolta (Fig. 1). Maxxum 70 has neither fancy look like Canon T2 and Pentax *ist with a ‘big’ LCD on their film doors nor body color options of black or black/silver on Nikon N75. However, Maxxum 70 does have its own unique designs and functions. 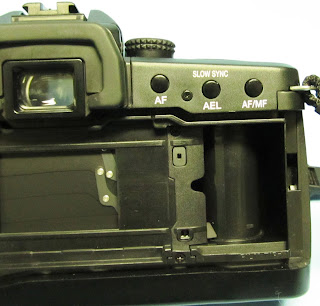 These unique features are: 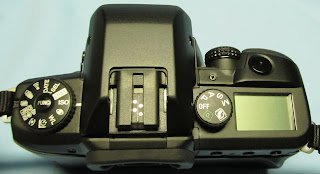 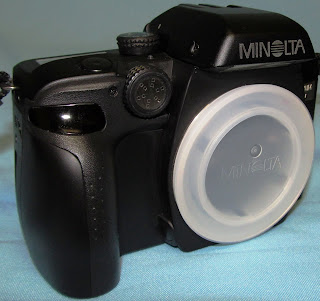 I rate the build quality at 8.5/10. The flash hook (Fig. 1) can not hold the flash firm, occasionally the flash pops up accidently. In some bodies, the focus screens turn light blue color with aging, although this will not affect their imaging. No infrared film can be used because of the film sensor in Maxxum 70. No optional battery grip is available for Maxxum 70, which means the only power source is 2 CR2 batteries.

If you like to see the equivalent cameras from other manufactures, visit my blog page comparing them.
Posted by The Chens at 9:40 PM