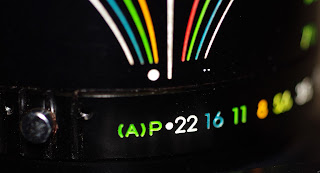 Many people know the Pentax KA mount with the 'A' gear on the lens diaphragm ring. Some people know the Ricoh P mount having the 'P' gear on the aperture ring. However, a few people know the Kalimar  KR mount marked both 'A' and 'P' on the ring.  'A' and 'P' are different from each other by differently locating a aperture pin on the mount that communicate the aperture between the lens and body. Besides the difference in the pins, sometimes it's difficult to take off a P-mount lens from a KA auto focus SLR and DSLR cameras because the P pin will be trapped the AF coupler on the body mount and jams the lens to be locked or turned off as shown in the Hin's page. In other words, it's better not to use a P mount lens on a AF K mount body. 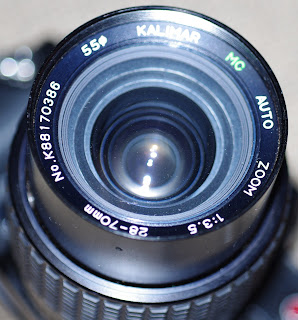 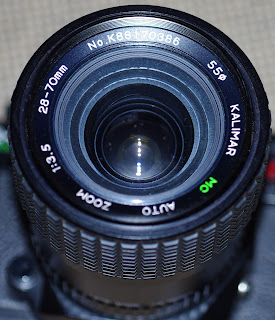 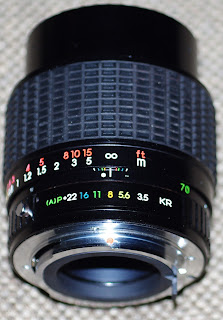 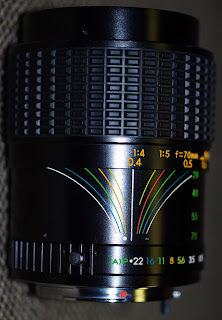 With a smaller and tractable P pin, Kalimar KR mount lens still has such problem. Therefore use it only on manual focus bodies. 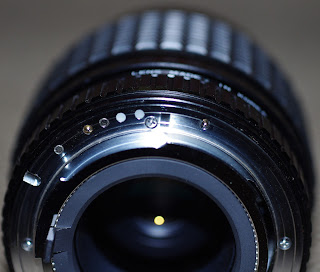 This Kalimar zoom lens was well built in (S.) Korea although the barrels and rings are plastic. It has a macro function with 0.4 m and 1:4 at the 70-mm end. Its filter size is 55 mm. The lens length will reach its shortest when the zoom/focusing ring sets around 40 mm/infinite. Its internal/front barrel will turn when focusing.