The User’s Review: The Only Film Camera Powered Fully By Solar Cell: Sure Shot DEL Sol, Prima Sol and Autoboy SE, Resealed in 1995 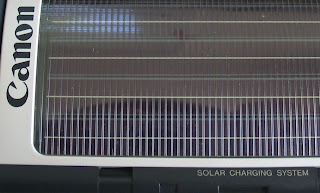 Canon defined these models as ‘Fully automatic 35mm Lens-Shutter autofocus camera’. It’s a camera about solar power, not much for film shooting because of the programed aperture (f3.5 - 22) and speed (2 – 1/250 sec).  With a 3-point Smart Autofocus system (AF range: 0.45 m – infinity; prefocus enabled; and close-up warning), its users can’t control any of the three most important parameters in shooting. 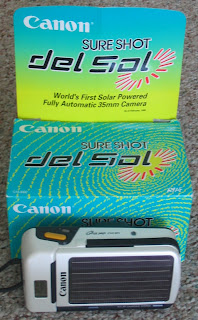 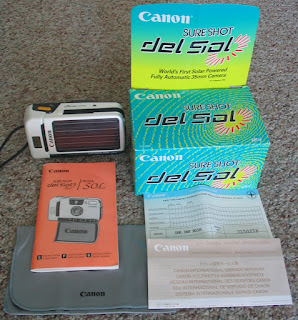 What you can control are: flash modes (off, auto, or slow-speed sync, with red-eye reduction), AE lock, and mid-roll rewind. 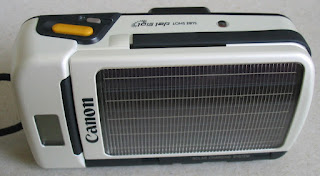 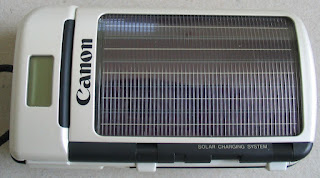 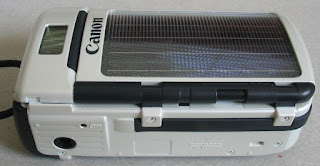 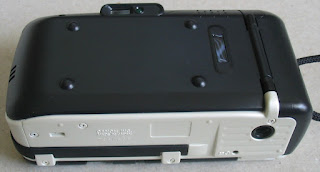 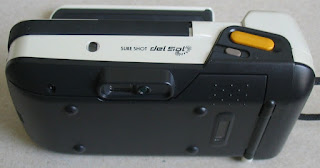 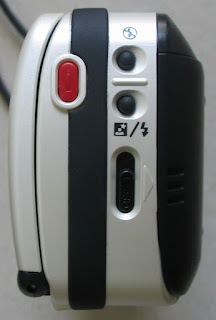 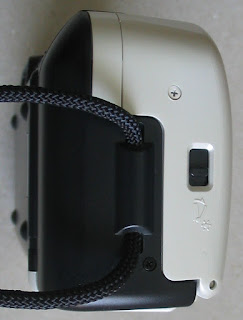 I am interested in this camera because of its solar power. The LCD by the Canon sign displays both the battery charge level and the sunlight strength (how many hrs needed to charge in a given light condition). A cool feather is that, when the temperature is high, the solar panel as the front cover will tilt up to release the heat accumulated in the body. The frame counter on the top, near the viewfinder, is mechanic (a turning plate marked with letter and number under the window), not digital as I 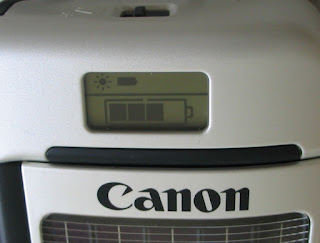 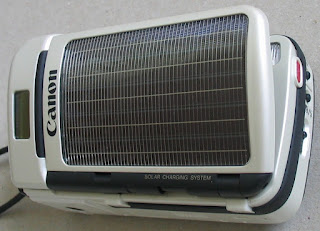 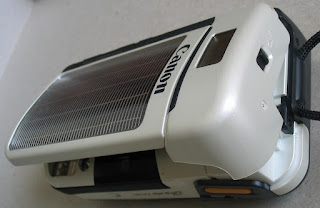 About this camera or model, I do not like two things. First, charging takes at least several hours even under strong sunshine. And there is no other way to charge or change the battery in my Del Sol. Second, Again, Canon launched a JDM model, Autoboy SE, for Japan only. I do not know what is behind the business strategy of  JDM. Autoboy SE has some extra functions such as panorama, probably date/time imprint and secondary power with lithium ion battery as indicated in the Canon Camera Museum (CCM) online. In my Del Sol's viewfinder, there is only a cross sign for AF in the center, instead of a '[ ]' as AF frame and two short lines as the parallax correction for the shooting distance between 0.45 - 1 m as showed in the manual coming with my Del Sol. I doubt that Del Sol marked in America might be a simplified version. AiAF (Artificial Intelligence as Canon called) is marked on a Autoboy SE I saw in an online image, but my Del Sol carried a sign of SAF. I don't know that there is any difference between the Ai and S AF. 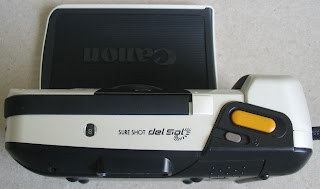 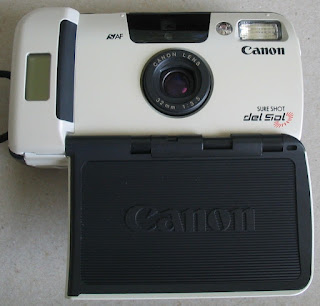 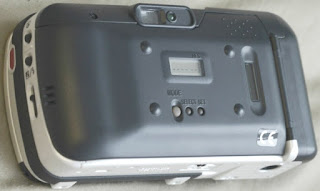 This date back is on a Canon Prima Sol